Lyndon Baines Johnson in 1964 buried Barry Goldwater in West Virginia, 67.9 percent to 32.1 percent. By 2016, Trump completely reversed that landslide by defeating Hillary Clinton 67.9 percent to 26.2 percent. What happened to turn such a deep blue state into flaming red?

The Democratic Party establishment has a simple explanation: West Virginians are so hung up on cultural issues like guns, gays, abortion and their mythical self-image as “coal country” that they vote against their own material interests.

Phil Murphy, the leading Democratic candidate for governor of New Jersey, has made a state-owned bank a centerpiece of his campaign. He says the New Jersey bank would “take money out of Wall Street and put it to work for New Jersey – creating jobs and growing the economy [by] using state deposits to finance local investments … and … support billions of dollars of critical investments in infrastructure, small businesses, and student loans – saving our residents money and returning all profits to the taxpayers.”

A former Wall Street banker himself, Murphy knows how banking works. But in an April 7 op-ed in The New Jersey Spotlight, former New Jersey state treasurer Andrew Sidamon-Eristoff questioned the need for a state-owned bank and raised the issue of risk. This post is in response to those arguments, including a short refresher on the stellar model of the Bank of North Dakota (BND), currently the nation’s only state-owned depository bank. 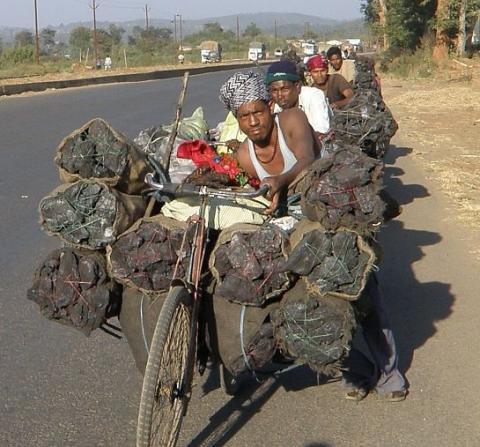 The system of fossil-fueled neoliberal capitalism is indeed moving toward an end of history, but only in the sense of the end of any historical advance of humanity as a productive, political, and cultural species due to the increasingly barbaric socio-economic and environmental conditions the system creates. There is now no alternative to the end of history as we know it. The sustainable development of human society co-evolving with nature including other species now depends on a definite historical break with capitalism as the dominant mode of production.

President Trump is unlikely to fulfill his dream of forcing Mexico to pay for his proposed wall along the United States’ Southern border.

If it is built, though, U.S. taxpayers will almost certainly foot the bill, which some have estimated could be as high as $50 billion.

With that said, it’s worth taking a step back to look at the economics of U.S.-Mexican relations to see how immigration from Mexico even became a political issue someone like Trump could use to his advantage.

http://www.globalresearch.ca/no-no-wall-could-hurt-mexico-as-much-as-nafta-has/5...
By:
Joan Roelofs
Topic:
Labor / Economics
It isn’t just an issue of whether they have the jobs or we have the jobs. From a red-green, eco-socialist perspective we must ask: what are they producing, how does the product and process affect the health, happiness and self-esteem of the worker, how does it contribute to the health and happiness of the consumer, and what effect do product and process have on the environment and culture of the producing and receiving countries?
Globalization has benefits, undoubtedly. There are international human rights treaties that have enabled local activists to improve conditions for their fellow citizens; there are developments in medical treatments that are now widely available. But as the benefits of globalization are widely described, I will argue for the minority and indicate some of the serious problems that we don’t hear much about.
https://joanroelofs.files.wordpress.com/2017/03/what-else-is-wrong-with-globaliz...
By:
Jack Rasmus
Topic:
Labor / Economics

Less than a week after assuming office, President Donald Trump signed an executive order abandoning the 12 nation Trans-Pacific Partnership free trade agreement negotiated by former President Barack Obama, but not yet ratified by the U.S. Congress. He then quickly attacked Mexico — abruptly cut short a phone conversation with Mexico’s President Peña Nieto, canceled a meeting with Peña Nieto after demanding Mexico pay for a wall on the U.S. border and threatened to impose a 20 percent border tax on goods exported to the United States based on the North American Free Trade Agreement.

Back in the 1970s, with unemployment rising and British industry contracting, workers at the arms company Lucas Aerospace came up with a pioneering plan to retain jobs by proposing alternative, socially-useful applications of the company’s technology and their own skills. The ‘Lucas Plan’ remains one of the most radical and forward thinking attempts ever made by workers to take the steering wheel and directly drive the direction of change.

Forty years later, we are facing a convergence of crises: militarism and nuclear weapons, climate chaos and the destruction of jobs by new technologies and automation. These crises mean we have to start thinking about technology as political, as the Lucas Aerospace workers did, and reopen the debate about industrial conversion and economic democracy.

Before dawn on the Dec. 21, 2016, dozens of police raided the headquarters of the Shuar Federation (FISCH) in the Ecuadorian Amazon and arbitrarily detained its president, Agustin Wachapá. The indigenous leader was thrown to the ground and repeatedly stamped on and ridiculed beneath the boots of police in front of his wife. The police then razed the Shuar Federation’s office—turning over furniture and carrying away computers. According to the indigenous leader's wife, her husband was taken away without any kind of explanation. An arrest warrant for Wachapá was never presented.