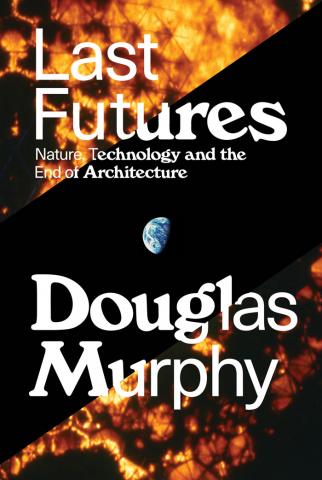 A review by R. Burke of Douglas Murphy's Last Futures; Nature, Technology and the End of Architecture.

Those of us who lived during the ‘60’s and early ‘70’s can remember a time when it was taken for granted that technological progress would lead to some kind of utopian world. The 1964 World’s Fair in New York and Expo 67's “Man and His World” exhibition in Montreal played a big role in defining our images of the future. These expositions, in which the geodesic domes of Buckminster Fuller joined other examples of modernist architecture and design, were held up to us as glimpses of a coming golden age. Today such dreams of the future seem dated, even quaint, the relics of a time when people actually believed that the ‘world of tomorrow’ would be a better one. In his new book Last Futures; Nature, Technology and the End of Architecture, Douglas Murphy examines a period of time in the 1960’s and 1970’s when such visions could be entertained and taken seriously by the larger culture.

As Murphy so perceptively examines, World’s Fairs such as those in 1964 and 1967 have a long history in the political economy of empire. He likens these to the Great Exhibition of London in 1851, drawing particular attention to the Crystal Palace, then the epitome of industrial modernity. A massive building of iron forming an almost de-materialized framework, both transparent to the light yet affording comfortable sanctuary from the elements, the Crystal Palace is essentially a greenhouse filled with plants from around the globe arranged and tended as an orderly English garden; nature pacified and obedient to human purposes. This was the image of a harmonious world purporting to represent capitalism’s desired future-despite all the polluting factories, worker exploitation, and imperialist escapades that were necessary for it’s construction! As Douglas Murphy so clearly perceives, the power that image had as propaganda for the establishment is precisely that it appealed to real social needs and desires.

Last Futures is an investigation of the last time modernist architects took seriously the idea that architecture and urban planning could help change the world.  This could take more politically conscious forms such as Constant’s New Babylon project as a member of the Situationist International. Others, such as Buckminster Fuller, were politically naïve in thinking that their proposals could be presented as purely technical and apolitical. A guaranteed income, world government, urging the abandonment of fossil fuels and its replacement by renewable energy; all of which Fuller quite sensibly advocated, is actually a political project.

When speaking of Fuller note must be taken of The Whole Earth Catalog, which played a role in promoting his ideas to the counterculture. Murphy manages to be fair in investigating his subject, critical in his thinking yet sensitive to the motivations behind these movements. He portrays communities such as the Lama Foundation as places where people went to retreat inside themselves from a world that resisted radical change. Such people hoped, however naively, that their spiritual explorations would somehow change the world. While Murphy claims he is anti-utopian, it is clear that on the whole he is sympathetic to the goals of many of these dreamers. This does not prevent him from being able to take a critical distance from the subject of his studies. In writing about the south London housing project of Thamesmead for example he recognizes the alienation, and sense of isolation that these impressive megastructures can inspire. Such reactions would ultimately lead to a rejection by the larger public of modernist architecture, and its ideals of improving the world.

Capitalism could pretend that it would lead to utopia, but not indefinitely. As awareness of the environmental crisis grew the size and status of world’s fairs declined. It was becoming harder to ignore the environmentally destructive aspects of capitalism, and pretend that its technology would lead inevitably to a better world. While the kind of modernist utopianism represented by Fuller, with it’s visions of a technology in harmony with nature managed to appeal to the popular imagination into the mid-‘70’s, the days of such dreams were numbered.

In the 1970’s the capitalist world-system entered a more competitive phase as Europe and Japan, badly damaged in World War 2, recovered their economic strength. The social democratic reforms of previous decades would fall into disfavor as the ruling class, challenged by the social movements of the 1960’s, came to view those as threats to their hegemony. Modernism, like Keynesianism, was dropped. A vision of progress was abandoned for the postmodern conception of history as leading up to today, and the future as merely the indefinite repetition of things as they are now. In such a perspective there can be no ‘brighter tomorrow,’ and the best we can hope for is to defend the way things are today. Ultimately the dominant style of architecture became postmodernism. In this concerns for the social function of architecture are eschewed in favor of draping a decorative façade around a functional box design, and endlessly quoting previous historical periods. This of course is the architectural accompaniment of neoliberalism, with its idolatry of markets, and political interference in them deemed sacrilege. Visions of a better tomorrow, even when promoted for the benefit of capitalism, have the danger of encouraging criticism of the status quo. Neoliberal postmodernism dropped anticipation of the future for celebration of the world as is.

This world has crashed. Global warming, financial crisis, and endless wars have killed it no matter how much the power elite may pretend otherwise. Now is the time to re-examine the alternatives, the opportunities that were missed. Murphy sees signs of a re-appraisal of the Last Futures. While he is quick to condemn the postmodern rejection of modernist aspirations he is also concerned that the rethinking of the modernist project remains true to it’s egalitarian dimensions. There is the danger that a revived modernism will function primarily for the wealthy, providing harmonious ‘Tomorrowlands’ for the few while condemning the many to environmental collapse and deprivation. Like Marcuse, whose One-Dimensional Man is a point of reference for Murphy, he is concerned to both criticize the prevailing society while pointing out potentials for an alternative. “There is overall a sense that these last futures might have been the final chance to change the world, and even if we see flickers of their reanimation, it will be nothing if these new spheres do not include absolutely everyone.”

A perceptive observer of history might note that the period of the Last Futures also corresponds to the last time in in which the world-left was politically successful. This is no historical accident. Immanuel Wallerstein has commented on how for the last few decades the left has been in a depressed state in large part because it has lost the belief in inevitable progress that once sustained it. Since then being a leftist has largely meant having a critique of capitalism and established society, but little to say about how the world might be better. The irony is that as the capitalist world-system has lost it’s own ability to imagine a ‘World of Tomorrow,’ the world-left, which took the promise of a better world in the future even more seriously than capitalism did, found itself increasingly ineffective. The ability to effect sweeping progressive social change requires a socially shared belief in at least the possibility of progress. Utopianism, or at least utopistics in the sense of the “serious assessment of historical alternatives” that Wallerstein proposes, is a vitally necessary component for the political success of the left. Last Futures; Nature, Technology, and the End of Architecture is thus more than an investigation of the naïve dreams of the ‘60’s and ‘70’s, but a reminder of how ideas can become a material force. What happened before might happen again.

R. Burke is an activist, artist, teacher, and writer living in St. Louis.