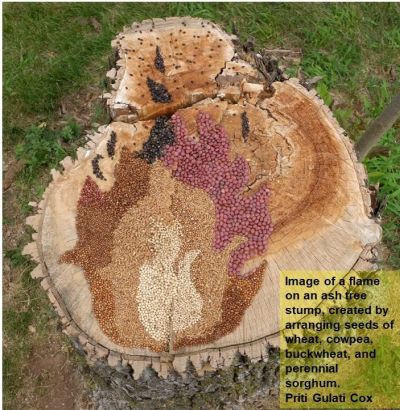 With more than 135 nations, including the United States, now having set targets for achieving net zero greenhouse emissions by 2050 or so under the Paris Agreement, hope has once again been bubbling through the climate movement. But “net zero” is not zero, and these pledges are not as ambitious as they seem.

According to the world’s climate experts, to keep global warming below the 1.5 degrees Celsius called for in Paris will now require reducing greenhouse emissions by 8 percent per year, every year, until they are fully eliminated. A reduction that steep cannot be achieved without a precipitous phase-out of fossil fuels, which account for more than three-fourths of global emissions.

Zeroing out oil, gas, and coal on such an ambitious schedule would hamper and almost certainly reverse economic growth. Therefore, in their recent climate pledges, governments have set as their target a more palatable variation on the theme of “zero.”

Confident that their growing economies will remain deeply dependent on the use of fossil fuels through 2050 and beyond, national leaders, including U.S. President Joe Biden, are pledging to, in theory, cancel out carbon emissions from oil, gas, and coal by extracting an equivalent quantity of carbon out of the atmosphere and keeping it out. We will still be pumping out greenhouse gases, but net emissions will be zero—on paper anyway.

“Net zero” is an illusionist’s stunt. Molecules of carbon dioxide can be made to vanish the moment they are emitted, by invoking the prospect of “negative emissions technologies.” However, the industrial and biological mechanisms by which the negative emissions will be conjured up tend to be ecologically destructive, wholly impractical, ineffective, or even purely speculative.

The dream of extending the fossil-fuel era well beyond its sell-by date has long been exemplified by the quest for “clean coal” or “clean gas” power plants. These facilities would be made ostensibly carbon-free by capturing exhaust from the smokestack, extracting almost all the carbon dioxide, and injecting it belowground, where it is supposed to remain forever. . Industrial carbon sequestration of this sort is energy-intensive, expensive, and therefore not done in practice—except to extend the profitable flow of crude from depleted oil wells, thereby leading to more emissions.

A wider search for ways of generating “carbon free” electricity has led to the use of wood pellets as fuel in power plants. This process is not emissions-free; in fact, wood-fired power plants produce more pollution per kilowatt-hour of electricity than coal-fired plants. But no worries—there’s a net-zero solution. Newly planted trees can be relied upon to eventually capture as much carbon dioxide as was released by pelletizing and burning their predecessors.

The European Union classifies bioenergy as “renewable,” so over the past decade, plant matter, mostly in the form of wood pellets, has come to account for well over half of the union’s ostensibly carbon-free electricity supply. Voracious demand for wood pellets has led to deforestation in Eastern Europe. The E.U. nations are also importing pellets from as far away as the pinelands of the southeastern United States.

Wood-powered electricity has a fatal flaw: its climate account is perpetually overdrawn. A power plant can release a tree’s worth of carbon into the atmosphere within minutes, but decades will be required for a replacement tree to recapture that quantity of emitted carbon. Then that tree will be burned, canceling out the savings until another tree can grow to maturity.  Electric grids would be on this carbon treadmill through the very decades in which emissions must be eliminated completely.

In Estonia, the land-use sector, which includes forestry, is traditionally a net accumulator of carbon from the atmosphere. Now, with extensive clearcutting underway to feed Europe’s power plants, Estonia’s forest lands are on course to become a net carbon emitter by 2030.

As it has become increasingly clear that neither smokestack carbon capture nor electricity-from-biomass alone will be sufficient to achieve net-zero emissions, attention has turned toward a technology called “bioenergy with carbon capture and storage.” This process, typically referred to as BECCS, is not in use beyond the research stage. It would start with burning pelletized biomass to generate electricity, as today’s wood-fired power plants do. But then the carbon dioxide emitted from the power plant would be captured from the smokestack and buried.

Employing trees, grasses, and other biomass crops to remove carbon from the air while its power plants avoid releasing that carbon back into the air, BECCS would aspire to immediate net-zero emissions. But the process’s many steps— producing and harvesting biomass crops, hauling the biomass to the processing factory, grinding and pelletizing, hauling pellets to the power plant, sucking carbon dioxide out of the smokestack, liquefying the carbon dioxide, hauling the liquid to the injection field and shooting it into the earth under high pressure—would, in sum, eat up large quantities of energy.

It is estimated that after accounting for those processes, a BECCS power plant would produce far too little net energy to make the enterprise worthwhile. And if the energy consumed in the process were to come from fossil fuels (as would be the case well into the future), a large portion of the carbon-capture benefits of BECCS also would be canceled out.

The harm caused by BECCS would not stop there. Growing biomass plantations to feed power plants would do the kind of ecological and social damage to the entire Earth that Europe’s pellet-burning is doing to Estonia. To pull less than one-third of human-produced carbon dioxide emissions out of the atmosphere would require that bioenergy crops be grown on as much land as is already used to produce all of the world’s food, feed, and fiber. Replacing longstanding grasslands and forests with vast new acreages of biomass crops and monoculture plantations of fast-growing tree species, with cycles of clear-cutting and replanting, would also break down organic matter in soils, releasing carbon dioxide into the atmosphere and canceling out a big portion of what’s being captured.

In sequestering just one-third of annual greenhouse emissions with BECCS, we could lose half of all native forests, grasslands, and savannahs, wiping out more biodiversity than would die off with a global temperature rise of 2+ degrees above pre-industrial levels—the very scale of disaster that carbon sequestration is aimed at preventing. It’s not surprising, given these many problems, that there are no full-scale BECCS facilities in operation; nevertheless, its broad deployment is being assumed in many climate models and national climate pledges that project the theoretical possibility of net zero emissions by 2050.

“Nobody’s Going to Do It”

As it becomes clearer that neither “clean” coal and gas plants nor burning biomass for energy on a world scale are feasible routes to net-zero emissions, attention has turned to the idea of pulling carbon dioxidestraight out of thin air, in an industrial process known as “direct-air capture.” But carbon dioxide makes up only 0.03 percent of the Earth’s atmosphere. Sorting every three- or four-thousandth molecule out of the air for sequestration would require impossibly large expenditures of energy.

The energy numbers for direct-air capture are numbing. Capturing and storing a ton of carbon dioxide from the air requires more energy than a coal-fired power plant generates in the process of emitting a ton of carbon dioxide into the air. Conceptually, therefore, as many power plants would be needed to provide energy for capturing carbon dioxide from the air as were responsible for putting it into the air in the first place. Patrick Moriarty of Monash University in Australia, who has studied net-zero technologies told me, “Everybody talks about direct-air capture, but nobody is going to do it, because of the energy requirements.”

James Dyke, Robert Watson, and Wolfgang Knorr of the University of Exeter, the University of East Anglia, and Lund University, respectively, have been researching climate change for decades. On this year’s Earth Day, they wrote an article published by The Conversation in which they recanted their longtime support for net-zero technologies, telling readers that “the premise of net zero is deceptively simple – and we admit that it deceived us.” Their conclusion: “We have arrived at the painful realization that the idea of net zero has licensed a recklessly cavalier ‘burn now, pay later’ approach which has seen carbon emissions continue to soar. It has also hastened the destruction of the natural world by increasing deforestation today, and greatly increases the risk of further devastation in the future.”

No technology can relieve us of the necessity to phase out the extraction and burning of fossil fuels within the next decade or two. The purge of oil, gas, and coal must be done directly, by law. Economic nudges from market competition, carbon taxes, cap-and-trade schemes, and carbon capture all are too indirect and weak. Disinvestment from the petroleum giants and repeal of fossil-fuel subsidies are needed, but they are not enough.

Achieving an 8 percent annual decrease in fossil fuel use through the 2020s and well beyond is a daunting goal, but it’s achievable—if the fossil fuel industries are nationalized and a mandatory, fast-falling cap is imposed on the numbers of barrels of oil, cubic feet of gas, and tons of coal coming out of the ground and into the economy each year. The hole left by the departure of fossil fuels can be filled only partially by wind and solar power, and not quickly. Converting to a low-energy, downsized, equitable economy will be necessary. To instead delude ourselves into believing that catastrophic heating of the ecosphere can be averted through smoke-and-mirrors carbon accounting would be simply to give up and wait for the worst.