Is It Time for a New Labor Center in the United States? New Thinking on the Crisis of Labor

The failures of the labor movement in the US are legion over the past 40 years.  It’s not needed to repeat the failures nor the efforts to revitalize the labor movement, most of the latter which have been unsuccessful to date.  (For the best compilation of writings on these and related issues, while not complete, please see the “Contemporary Labor Issues” bibliography, on-line and with many links to original articles at https://faculty.pnw.edu/kim-scipes/contemporary-labor-issues-bibliograph....)

Yet while the labor left--using the term broadly--has fought to address weaknesses in the AFL-CIO, and has won some victories over the past 40 years, we have overwhelmingly failed to change the structure, leadership operation or foreign policy of the US labor movement.  And, truthfully, about the only “strategy” that is being proposed today by and for labor activists in face of this general failure is “more militancy.”

I’m wondering if it is time to “think out of the box,” recognize our failures, and try to come up with something new…?
---
I’ve been working on a manuscript that examines the difference between union organizing in steel and meatpacking in the Chicago area (including Northwest Indiana) between 1933-1955, and how these unions addressed white supremacy and racism in the workplace, union and community.  It’s an effort to publish my Ph.D. dissertation, which I completed in 2003.  I think there’s a lot that labor activists can learn from this study.

Basically, it is argued that there were two different forms of economic trade unionism developed within the CIO: business unionism and social justice unionism.  (In other words, that the CIO was not just one glorious crusade of workers, as is often projected by labor activists, but that there were serious political differences contained within the CIO from the beginning.)  There were two different conceptualizations of trade unionism:  one saw control of the union in the hands of officials and the scope of unionism limited almost exclusively to the workplace (business unionism), while the other saw control of the union in the hands of the rank and file and the scope of unionism to include the workplace as well as the communities in which workers lived (social justice unionism).  Ultimately, the business unionists prevailed, and in 1949-50 expelled most of the social justice unionists, somewhere between 750,000 and 1 million workers.  The labor movement has yet to recover from the purges in 1949-50.

We face the consequences of these purges today.  Basically, the AFL-CIO is composed of business unionists who think that power to control the organization belongs in the hands of senior elected officials, with the scope of unionism limited to the workplace.  Over the past 40 years, these senior elected officials have lurched from one defeat to another, with major victories few and far between.  Some unions survive today, largely because they have been able to defend what they have; the idea of expanding unionism to new workers appears all but dead.

Yet there are a growing number of workers who are recognizing the need to unionize, and want to create new unions; think of the upsurge among teachers, for one, challenging reactionary state-level politicians and oftentimes current union leaders, as well as various workers’ struggles taking place around the country.  From what can be determined, however, is that most of these new unionists want to create unions that are democratically led by rank and file leaders, and who encompass an idea of unionism that extends beyond the workplace to include their various communities.  In other words, they seek an organizational outlet other than the established AFL-CIO unions, which generally cannot meet their needs and/or concerns.  It’s time union activists take this new approach seriously.

For this argument to make sense, we have to divert for a moment, so we can talk about “labor centers.”  A labor center is a combination of unions, joined together by an overarching organization, so as to advance the well-being of all of the member unions.  In international labor terminology, the AFL-CIO is a labor center.

The number of labor centers internationally varies from one per country (as in the US, the UK, Australia, China, Germany, New Zealand, Vietnam) to more than one (Brazil, Canada, France, the Philippines, South Africa, Sweden).  It is not uncommon to have three or four labor centers in a single country.  And around each labor center are its supporters; together constituting a labor movement.

In the United States, we’ve generally only had one labor center, although the IWW (Industrial Workers of the World) and the CIO (Congress of Industrial Organizations) also served as competing labor centers to the AFL (American Federation of Labor), at least for a while.  Ultimately, the AFL has prevailed.

Key to the AFL’s domination has been Samuel Gompers’ idea that there should only be one labor center in this country; others were denigrated as “dual” unions.  And the AFL has always worked in a determined manner against competing labor centers; it has sought to maintain control over the labor movement, whether this was good or bad for workers.

What is being argued is that one labor center in this country only hurts workers today, and impedes new efforts to unionize.  The argument is that the AFL-CIO and its current hidebound leadership cannot and will not meet the needs of the new unionism emerging today--and trying to channel this new unionism into the AFL-CIO will only kill it.

[There are those supporting the possible election of Sara Nelson of the Flight Attendants to be the next President of the AFL-CIO.  It appears that her election would be a very positive development.  Nonetheless, even if she is elected, the AFL-CIO will still be controlled by the Executive Committee, which is dominated by the men (and a few women) who have so successfully led labor over the past 40 years.]
---
What is being suggested?  It looks like it is time for us to consider creating a new labor center in the United States, not to compete with the AFL-CIO, but to do the job they have shown themselves incapable of doing, especially without a challenge from outside.

It looks like it is time for those of us who believe in unionism to step up, reject the failed leadership of the AFL-CIO, and try to create a new labor center to which today’s unionists will join.  This, it is argued, must be built on the concept of social justice unionism, where the unions in this new labor center will have to be controlled by each union’s rank and file, where all members have equal say in the development of their union, and with a vision that not only includes each workplace, but the union and workers’ communities as well.  It is argued that we need a viable social justice unionism alternative to today’s AFL-CIO.

Is this proposal controversial?  Undoubtedly.  Serious trade unionists will object that adopting a proposal such as this will “split” the labor movement, and there is almost no doubt the AFL-CIO leadership will rail against it for this reason, although it is thought that AFL-CIO leaders will be more concerned with losing control of the labor movement than meeting the needs of these newly mobilizing workers.  This argument cannot withstand much serious scrutiny, however:  we haven’t had a vibrant labor “movement” for at least 40 years, if not 70, so “splitting” a dead House of Labor does not appear so detrimental.  Nonetheless, it is recognized that there is a serious argument here, and discussion and debate is welcomed.

Accordingly, it is proposed that at the Labor Notes conference in Chicago in April 2020 that we have a wide-ranging discussion of this idea.

Should activists then think this proposal is worth exploring further, it is suggested that we elect from the conference membership a body that will be widely representative of all conference members and will meet after the conference over the next two years, to recommend the development of a new labor center, and lay the ground work to do advance a firm proposal at the subsequent Labor Notes conference in 2022.

This new labor center is not considered to be antagonistic to the existing unions or to the AFL-CIO itself, although it is hoped that it will reject federal funding, such as that which funds the National Endowment for Democracy (NED).  In fact, the hope is we can work with the AFL-CIO’s unions, who have much experience and knowledge from which we can learn.  And that we can unite in joint struggle when it can advance the interests of members of both labor centers.

But, most of all, it is hoped that we can create a labor center with unions that can meet the increasing needs of workers today.
---
Kim Scipes is former elected Chicago Chapter Chair and long-time member of the National Writers Union, UAW #1981.  He’s previously been a member of the Graphic Communications International Union, the National Education Association, and the American Federation of Teachers.  He lives and works in Northwest Indiana, teaching at Purdue University Northwest for the past 16 years.  He has published three books, and over 225 articles and book reviews, mostly on labor, in the US and around the world.  His latest book, Building Global Labor Solidarity:  Lessons from the Philippines, South Africa, Northwestern Europe and the United States, will be published late this summer.  His writings--many with links to the original article--can be accessed at https://faculty.pnw.edu/kim-scipes/publications/#2. 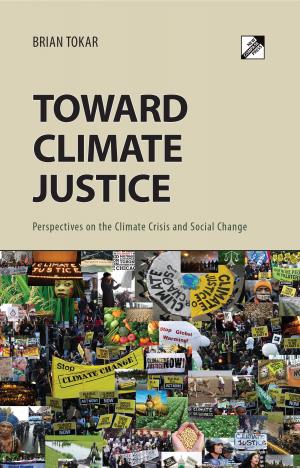