1959- Founding of the pro-independence organization Movimiento Pro Independencia (MPI) and its newspaper Claridad.

1964-66- The local press informs that the government plans to approve strip mining projects. The MPI and the autonomist group Vanguardia Popular present environmental objections. The debate around mining marks the birth of the modern ecology movement in Puerto Rico.

1969-79- A period of generalized violence against the independence movement, which included police brutality, mob violence, bombings of homes and businesses of prominent independentistas, arson attacks against Claridad and its printing press, abductions and assassinations. The evidence gathered from journalistic investigations and declassified documents of the Puerto Rico and US governments points that these attacks were the doing of corrupt agents of the Puerto Rico Police Intelligence Division, Cuban exile terrorists, the FBI and the CIA.

1971- The MPI is transformed into the Puerto Rico Socialist Party (PSP).

1973-76- A golden era for the PSP and the Puerto Rican left in general. The PSP supports feminist, labor, community, peace, anti-imperialist and environmental struggles, and runs candidates for the 1976 elections.

The Claridad newspaper, now affiliated with the PSP, makes its mark with its adversarial investigative journalism and practically invents Puerto Rican environmental journalism. Both the party and the newspaper link environmental problems to colonialism, militarism and capitalism.

1976- Formation of the clandestine pro-independence organization Los Macheteros, which engages in covert action and military operations against the US dominion over Puerto Rico. Its political organ is the Revolutionary Party of Puerto Rican Workers (PRTP) and its military arm is the Boricua People’s Army (EPB).

Members of the PRTP found the political journal Pensamiento Crítico, which publishes hard-hitting investigative pieces about political repression and right-wing terrorism in Puerto Rico, as well as longer articles of debate and analysis. Some of these cover environmental issues and can be considered the start of a Puerto Rican political ecology.

1977- A number of independentista militants form a marxist study circle that meets on a weekly basis. Initially known as the Monday Group, this informal gathering studies Puerto Rico’s history and contemporary reality from a progressive, anti-imperialist perspective. Eventually this group transforms into the Political Formation Workshop, a think tank and university without walls that produces educational documents and pamphlets, some of them published as books.

1979- The grassroots campaign against the US Navy’s presence in the municipality of Vieques island steps up and escalates into civil disobedience. The campaign, spearheaded by the Puerto Rico Socialist League and old timers from the Nationalist Party, brings about a convergence of environmentalism, independentista nationalism, the anti-imperialist left, and non-violent peace activism.

Over a dozen activists are sent to prisons in the United States for trespassing into the firing range in Vieques. One of these, Socialist League member Angel Rodríguez-Cristóbal, is found dead in his cell. Prison authorities rule the death a suicide but the independence movement believes it was a political assassination. Weeks later the Macheteros respond to Rodríguez-Cristóbal’s death by ambushing a bus carrying US Navy personnel in Sabana Seca, killing two of its occupants and wounding another ten. They cite United Nations resolution 1514, which grants colonized peoples the right to fight against colonialism by all means available, including armed struggle.

1980- Juan Antonio Corretjer, veteran of the Nationalist Party, leader of the Socialist League, and one of the main predecessors of the modern environmental and agroecology movements, sends various activists to go live in the central mountain range (cordillera central) to devote themselves full time to the anti-mining struggle. The group of volunteers, led by engineer Alexis Massol, launches the Arts and Culture Workshop, which combines environmental education with arts and culture.

1982- Corretjer receives from an anonymous source some secret documents from the Puerto Rico governor’s office which seem to describe some kind of infrastructure plan for the country. He sends the documents to Massol and various other experts for analysis. After studying them, they inform that they constitute a detailed plan for strip mining, industrialization based on dependent capitalism, and further militarization of Puerto Rico, along with a massive infrastructure of highways and aqueducts, which is supposed to be completed by the year 2020.

The Arts and Culture Workshop acquires a building in downtown Adjuntas, which is turned into a community cultural center named Casa Pueblo. The organization eventually takes on its name.

1987- Public disclosure of the so-called “carpetas”, secret dossiers compiled for decades by the PR Police Intelligence Division on independentistas and environmentalist individuals and groups, including Casa Pueblo.

First documented open air field tests of GMO crops on Puerto Rican territory. Puerto Rico would go on to have more such tests per square mile than any US state, with the possible exception of Hawaii.

1989- Pioneers of the organic farming movement form the Boricuá Organization.

A federal jury acquits Filiberto Ojeda of all charges against him, and is released.

The PSP disbands and some of its core members form the Nuevo Movimiento Independentista (NMI).

Mari-Brás and his closest collaborators organize national dialogues among independentistas, known as “congresos hostosianos”. These efforts lead to the formation of the Congreso Nacional Hostosiano (CNH), a coalition that- at least initially- attempts to bring all of the independentista movement together.

The Puerto Rican left also goes through a phase of dialogue and reorganization, which leads to the founding of the Socialist Front. Its founders included the Socialist Workers’ Movement, the PRTP, the Pensamiento Crítico collective, and the Political Formation Workshop.

1992- Neftalí García, chemist and community organizer with a long history of work with Misión Industrial, Pensamiento Crítico and the Political Formation Workshop, unsuccessfully runs for the Puerto Rico Senate as an independent candidate on a community activism and environmental protection platform.

Grassroots campaign against the launching of NASA rockets in the town of Vega Baja.

1999- The struggle against the US Navy presence in Vieques is reactivated with a massive wave of civil disobedience with the active support of numerous civil society organizations, churches, labor unions, independentistas, peace activists, artists, and politicians of all ideologies and political parties. Participating organizations included the PR Independence Party (PIP), the CNH, and the Socialist Front. Casa Pueblo and Neftalí García carry out in situ scientific studies of toxic military pollution in the Vieques firing range.

2003- Victory in Vieques. Target practice and military maneuvers in the island come to an end.

2004- The CNH merges with the NMI to form the Movimiento Independentista Nacional Hostosiano (MINH).

Filiberto Ojeda is murdered by the FBI.

2008- Members of the Political Formation Workshop and the PRTP split from the Socialist Front to form the Movement Toward Socialism (MAS).

2016- Center for Transdisciplinary Studies in Agroecology founded in the town of Lares.

Carmelo Ruiz is a Puerto Rican author and journalist and a research associate at the Institute for Social Ecology. His journalistic blog (http://carmeloruiz.blogspot. com/search/label/eng) is updated daily, and his Twitter account is @carmeloruiz. 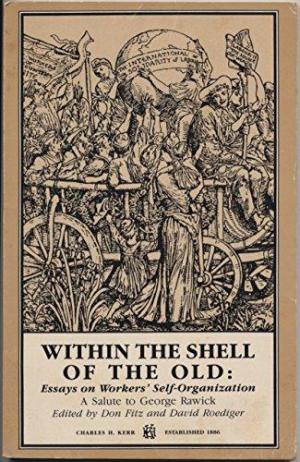