Tweet
By:
Green Party of St. Louis
Topic:
Less of What We Don't Need

n August 10-11, 2019 Green Party members in St. Louis joined others from across the state to hear from the leading contenders for the party’s nomination for President: Dennis Lambert, Dario Hunter, David Rolde, and Howie Hawkins. All had a very clear understanding that it would be futile to support a Democrat, because, even though they often use sweet-sounding words, once they are in office their actions have little, if any, difference from Republicans.

The four GP candidates who came to Missouri are all progressives with very few political disagreements between them. But Dario Hunter and Howie Hawkins stood out as the two with the best ability to verbalize a wide variety of Green policies for national and international audiences. Of these two, Hawkins has the best understanding of the subtleties of Green outlooks and a history of being with the organization for the long run.

Hawkins, a Green for over 30 years, was a member of the Green Party USA years before the Green Party of the US (GPUS) existed. When forerunners of GPUS were having their first meetings, they tried to exclude Hawkins from their discussions. But he insisted on his democratic rights, was finally accepted, and gained a strong appreciation for the rights of political minorities which he continues through today.

Hawkins has participated in writing multiple proposals that are now accepted Green Party perspectives. He engages in vigorous debate on various Green perspectives, paying close attention to views he disagrees with. His lifelong dedication to labor, social justice and anti-war causes means that he does not vacillate on issues such as funding military adventures, unlike politicians such as Bernie Sanders.

However, Hawkins’ deep ties to the traditional progressive outlooks have not left him well-prepared to cope with environmental problems. Thus, he developed ideas for the Green New Deal (GND) even before the Democrats did. But like the Democrats and other Green Party candidates, Hawkins’ support for a GND fails to understand the limits to economic growth on a finite planet. The GND is based on the false idea that the only way to provide job security is by expanding production and does not consider shortening the work week.

The GND does not consider the extremely damaging consequences of infinite expansion of solar, wind, and hydro-electric power, including water contamination, toxic poisons, driving indigenous people off their land, species extinction, and, ironically, massive production of CO2. A realistic approach to a warming earth would recognize that solar and wind power can be a viable alternative to fossil fuels only if they are part of a massive decrease in the overall use of energy.

Hawkins and other GP candidates have very similar views of the GND and they all stand head and shoulders above Democrats who collaborate with the same corporations that cause environmental devastation. Howie Hawkins is the candidate for president who is our best hope for looking beyond narrow vote-getting to develop a genuinely environmental approach to climate catastrophe. 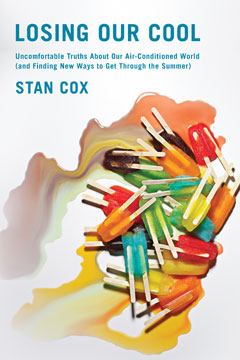