The New York Times columnist Thomas Friedman claims to have invented the idea of the Green New Deal in 2007.[1] He’s back to enlighten us about what it should mean now.

Friedman deserves credit as one of the few mainstream pundits who takes climate breakdown seriously. But mainstream methods created the problem, they won’t solve it.

For Friedman the Green New Deal is all about innovation. “Clean energy is a problem of scale” that requires “a massive, urgent response.” To accommodate a billion new people by 2030, “clean power, clean cars, clean manufacturing, clean water and energy efficiency have to be the next great global industries.”

But massive is not the cure for massiveness. Clean is a relative term. Energy efficiency is wonderful, right and indispensable, but it only makes massiveness a little less massive; the energy and money saved by efficiency tend to get used somewhere else.

The Intergovernmental Panel on Climate Change gives humanity till 2030 to get our act together and curb the rise in average global temperature. Meanwhile greenhouse gas emissions are rising, not falling, both in the US and worldwide. The climate is telling us something we don’t want to hear: If you burn mass quantities of coal and oil and methane gas, the waste gases will heat the atmosphere and there will be consequences. This is one of the Limits your finite home planet imposes on you.

Everyone who’s serious about climate change agrees that we have to stop burning fossil fuels, but those fuels made possible a productive system that thinks the economy can grow forever — that there are, as the advertisers like to say, No Limits. Friedman’s “next great global industries” sound like part and parcel of the growth economy because they are, but they’re supposed to be different because they’re “clean.”

Clean means that non-polluting renewable energy replaces fossil fuels. Clean technology as the cure for climate change is summed up in the slogan, “Electrify Everything!” Renewable energy like wind, solar and other smaller-scale technologies are good at making electricity, but they don’t make any other form of energy, such as heat, on a scale that matters.

The clean tech solution consists of building a whole lot of wind and solar generating “farms” and generating enough electricity to not only replace fossil fuel power but electrify the whole transportation system, heat and cool all buildings, and transform industrial processes to run on electricity. Industry, in turn, has to build all the wind turbines and solar panels, and there’s a chicken and egg problem here.

Take the two biggest infrastructure ingredients, cement and steel. No technology exists for making cement without greenhouse gas emissions, and the cement industry is responsible for 8% of the world’s carbon-dioxide emissions. Steel can’t be mass-produced without fossil fuels. Electric arc furnaces melt scrap steel in small batches, but they can’t make steel from scratch.

How do the Green New Dealers think they’re going to mass-produce their way to carbon freedom?

We’ve been hearing for a long time about the “knowledge economy” that will “decouple” economic activity from material inputs. It’s nonsense. The digital economy runs on tens of billions of electronic devices from cellphones to massive air-conditioned data centers crammed with servers. Amazon, Facebook, Google and the like are just another big market for renewable electricity. A lot of metals, some of them rare, and other components go into those devices. The raw materials have to be extracted from the earth, transported to factories, processed, assembled, transported again, and sold. Fossil energy is used every step of the way.

Friedman says, “If I were drafting a Green New Deal today, it would put in place steadily rising mileage, manufacturing and emissions standards; stronger building codes; and carbon market prices that would tell our industries and innovators: Here are the goals, here is the level of clean power or efficiency that you have to hit every year — and may the best company win.”

Standards and codes — that sounds promising; he’d impose limits. Tax incentives are another matter, and competition is destructive, even celebrated as such in an inherently wasteful system that sees no limits (“gales of creative destruction,” said the economist Joseph Schumpeter).

This kind of Green New Deal is like squeezing a balloon while still inflating it. It bulges in a different direction but it’s still expanding.

As big as the climate crisis is, it’s only part of a bigger problem whose symptoms include lack of fresh water, ocean acidification and overfishing, a drastic fall in wild animal populations, soil deterioration, and deforestation. These are all results of the scale of human populations and our economic activities. We’ve taken over the planet to the point where we’re crowding out other living things, even those we depend on for our own survival, like the bees that pollinate many of our crops. It all adds up to a massive problem caused by massiveness. More massiveness can’t be the answer. It’s a problem of scale — scale back, not up. We’ve hit the Limits. 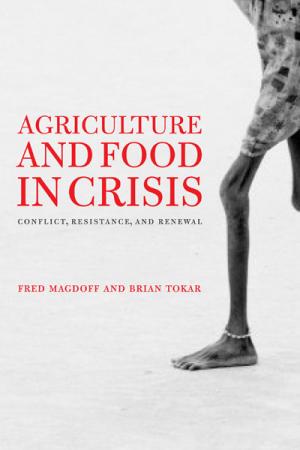