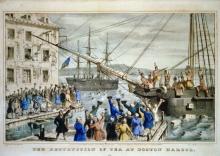 It seems like everybody is waiting for government to take the lead in stopping climate breakdown. Government has the power to act on that scale. Government is being slow to act, possibly because it’s in the pockets of oil and gas interests. Politicians love development, which means money, jobs, votes — and fossil fuels.

The kinds of programs being proposed, and in some cases implemented at the state level — the Green New Deal, cap-n-trade schemes, carbon taxes — are intended to continue an unsustainable, world-swallowing industrialism by “clean” means. This can’t be done without burning fossil fuels, ransacking the earth for rare minerals, and continuing the extermination of wild nature. We can live well without it — if we get rid of the old way that’s now engulfing us. To shrink the out-of-control growth economy we will need the assistance of government.

In Frederick Douglass’s words, “Power concedes nothing without a demand. It never did and it never will.” If citizens want action, they will have to demand it and show they can back up the demand.

Saying “please” hasn’t worked, so Greta Thunberg got mad.  Everywhere she goes she gives the powers that be a sound verbal thrashing. That isn’t working either. Orderly marches and peaceful demonstrations with the proper permits, no matter how large they may be, don’t work. Nor do the more disruptive antics of Extinction Rebellion.

Blockade and sabotage are tactics that scare off the majority of us who don’t have the fortitude to face arrest, beatings and jail sentences. If tree-sitting, valve-turning and monkey-wrenching got widespread they would bring down the armed might of the state and the corporations.

There is another power we all possess. We Americans live in the consumer society. It’s said that 70% of all economic activity is brought about by us as consumers. Economic activity in the age of fossil-fueled industry is the source of all the greenhouse gases that imperil our future, from the extraction of natural resources through their manufacture into objects of commerce, the transport of these goods, their operation and their ultimate disposal. The internet and social media run on the most insidious, pervasive and invasive advertising ever devised, making it constantly easier to achieve instant gratification, or at least overnight delivery.

In the consumer society consumers have power. We can exercise that power by withholding it. Opt out of consumerism! You may not want to, but hyperproduction and hyperconsumption, the carbon-fed bonfire of the vanities, is the root of the problem. We won’t get relief from the supply side; the producers’ profits depend on keeping us hooked. On the demand side consumers can act directly on the problem by non-purchasing as a political statement, an act of resistance, and a solution.

The consumer boycott is a time-honored form of social action. In the present crisis we’re not targeting one company or one product but a whole out-of-control economy.

There’s an interesting historical precedent in the run-up to the American Revolution. As T. H. Breen tells it in a book, The Marketplace of Revolution, that was the time of the first consumer society. In the 1740s an explosion of manufactured goods came out of Great Britain, the country that started the Industrial Revolution. The American colonies were the biggest market for those fabrics, ready-made clothes, tools and household wares.

Then, beginning with the Stamp Act in 1765, the British government imposed a series of taxes and duties on the colonies without their consent. (“No taxation without representation!”) To fight back, the colonists pressured merchants not to import the new goods. The pressure was later extended to shopkeepers and individual consumers; the movement evolved from non-importation to non-consumption. People caught with forbidden items were named and shamed. Some were tarred and feathered and run out of town on a rail.

In 1774 the First Continental Congress regularized the process by passing a resolution calling for the creation of a Continental Association, a network of elected local committees to monitor non-consumption. Violators would have their names published in the newspapers. If this sounds uncomfortably like the surveillance state, it was an extraordinary measure with a history of collective action behind it. Today we can hope that we don’t need to shame people. What we need is mass withdrawal from a destructive addiction.

As a result of the Continental Association, at least 7,000 men were elected to local committees. The committees began to take over some of the responsibilities of government, shunting aside the old elites. Popular democracy took a step forward.[1]

In the decade preceding the outbreak of the Revolution, the separate colonies learned to work together and trust each other. The tactics for agreement and enforcement of non-importation and then non-consumption became more sophisticated. There was sacrifice involved, and aspirations of American self-sufficiency were not fulfilled; it would be a long time before the US became an industrial nation.

Far less sacrifice is required of us, the most affluent and prolific consumers in history.

This idea of opting out of consumerism needs work. Boycotting fossil fuels altogether is simply impossible. We should start with the most polluting and expendable forms of consumption with the aim of getting the broadest and most effective agreement.

There’s a flaw at the root of this idea that brings me up short. It’s the assumption that a widespread movement against consumption is even possible.

As the climate crisis gets visibly and palpably worse, where’s the urgency? Where’s the outrage? I see mostly complacency. The dominant attitude is, “I’m going to buy an SUV.” Maybe when the first widespread crop failures hit and there’s famine in the USA, people will start to take it seriously. Then it will be too late.

The people have to move the government, not the other way around. Nothing will work until a critical mass of people cares enough. No one has yet figured out how to make that happen. Preaching voluntary simplicity and frugality are notable failures. Solar panels and electric vehicles — things we can consume! — are much more popular. The greenhouse gases continue to flow.

Here’s hoping that the rising generation who have more to lose from an angry climate will soon take charge and act as seriously as they seem to believe.

Henry Robertson is an environmental lawyer and activist in St. Louis, Missouri. 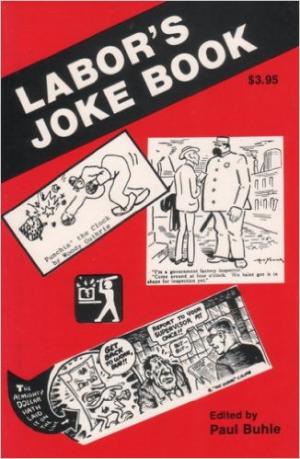