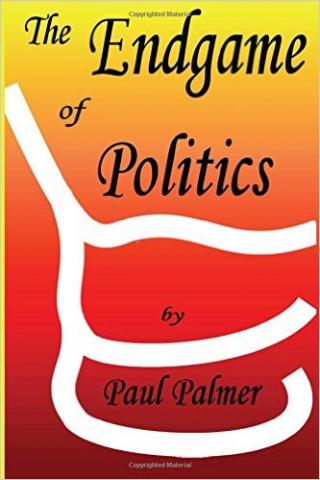 When socialism first appeared as a modern political movement, it did so in a form that later came to be termed as ‘utopian.’ Charles Fourier, Robert Owen, Henri de Saint-Simon, and later Pierre Joseph Proudhon all strove to put forward plans and policies that they hoped would lead to a better, more desirable world. Such thinkers attempted to convince their fellow citizens of the wisdom of their plans, and that doing so would lead to the realization of their ideas. Marx and Engels, who would later apply the label ‘utopian’ to their predecessors, attempted to avoid speculations about the socialist society of the future. Instead they offered a critique of capitalism that purported to identify the social agent, the working class, whose interest would be to do away with the capitalist system. As a result the thinking of the ‘utopian’ socialists came to be eclipsed by Marxism. While there are important insights that Marxism has to offer, our present moment in history is one that leads us to ask; was this an oversight? Could utopistic investigation of alternatives be as necessary to changing the world as critiquing it? Is utopistic socialism perhaps what is needed today? The Endgame of Politics, by Green Social Thought editor Paul Palmer, is a welcome contribution to that project.

Palmer begins by describing what he calls the “1905 Movement.” This is a reference to the year in which Albert Einstein published the papers that would come to revolutionize physics. Clearly Mr. Palmer is being ambitious here in hoping that his own work will have the same magnitude of effect, but he is correct reminding his readers that scientific revolutions often come about as a result of new ways of looking at accepted facts. Comparisons to Einstein aside, it is quite possible that his book might come to be at least as influential as Murry Bookchin’s Post-Scarcity Anarchism, which was cited by Herbert Marcuse in Counter Revolution and Revolt.

After an overview of the situation that contemporary capitalist finds itself in, Palmer proceeds to provide a series of policies and reforms to solve the dilemmas which our society finds itself in. Particularly welcome is his willingness to engage with technological innovations and to think of ways that they can be employed for liberatory goals. This is a kind of thinking sorely needed by the environmental left, which seems to have lost touch with one of the valuable insights of Marx: an interest in the technological means of production (which he defined to include communication and transportation), and the ways that these influence the development of society.

Palmer lends his voice to the growing chorus of those who realize the vital interconnection between the reduction of working time and alleviating the environmental crisis. Clearly a society that trades the promise of more free time for the seductions of consumerism is one that will prove to be more sustainable than one that encourages us to work as long as we can in order to buy as much as we can! Such an approach provides us with qualitative improvements in our lives to trade off against a reduction in excessive consumption, and unnecessary production. We can’t afford to think of the new society as one of grim abstinence for the common good. Mr. Palmer also seems to be aware, though he does not pursue the matter in greater depth, of the need for a guaranteed income in order for this measure to become workable, and desirable to the masses.

One particularly important insight that Paul Palmer provides is his concept of ‘zerowaste.’ Rather than relying on recycling to remake new products from the waste of older ones, Palmer suggests that we design products that can easily be repaired and reused. The analogy here is in the difference between returning a soda bottle so that it can be cleaned and reused rather than a recycling process that melts the bottle down in order to make a new bottle. He makes an argument that it is possible to design a product so that it can either be repaired using standardized replacement parts and modules, or that its components can easily be reused in other products. This is precisely the kind of innovative thinking that will be required to respond to the threat of anthropogenic global warming.

Another innovation that Palmer argues for is electronic voting. He sees great potential for this to democratize society, and to encourage the growth of direct democracy. He envisions a world where citizens can play a greater role in making decisions now left to representatives. Addressing concerns about voter security measures to avoid tampering with elections Palmer suggests making use of the kind of card readers that can currently be used with mobile phones. Voters could be issued a card that would be swiped into a reader connected to a computer. Assuming that there is adequate access to computers either publicly or privately owned, so far so good.

If there is a weakness in his proposal for electronic voting, it is in the issue of scalability. Such a procedure might work fine at a local level, but will it be feasible at larger scales- regional, national and international? Might the voter be swamped with legislation that he or she has little time to study, let alone vote on? Mr. Palmer asserts that under his proposal the business of governing a society will become so streamlined as to take up much less time than it currently does. Unfortunately he provides no evidence that this will actually prove to be possible, and is less than convincing in his assertions.

Does this mean we should reject his electronic voting proposals? Not if we take an idea from the Paris Commune of 1871-as well as from the Industrial Workers of the World-and replace the concept of ‘representative’ with that of ‘delegate.’ Delegates are bound by instructions from those who elect them, and can be immediately recalled if they violate those mandates. Combined with Palmer’s electronic voting proposals, such a political system could prove to be quite effective. Electronic voting would make it easier for citizens to vote for delegates as well as remove them if necessary. In addition this would also allow for citizens to play a greater role through referendums in making decisions previously made by representatives, thus expanding direct democracy. If technical innovations and social reforms make possible the complete bypassing of delegates in favor of government by referendum, such a system could be phased in later.

In fact there is little to be criticized in many of Mr. Palmer’s proposals other than to question whether they would work at scales larger than that of a town or city. His proposal for transportation is a good example. Here he offers the model of the dolmush from Istanbul in the mid 1960’s. These were taxi’s that operated on a principle of full-on departure rather than that of on-time departure. A dolmush would wait until it was full before leaving, with routes negotiated by the passengers and their driver based on their several destinations. The idea is sound, but Palmer seems to imply that this, rather than measures to increase socially owned mass transit, is what a sustainable society should be doing to address transportation issues. This might be fine as a component of an urban transportation system, and one can easily see how a policy of full-on departure might work in combination, for example, with the automated taxi service proposed by Andre Gorz in some of his posthumously published writings. For transportation between cities, or longer distance travel, it is hard to see how a dolmush, even a socially owned and automated one, would be serviceable. Perhaps the concept of full-on departure could be adapted to busses, subways, trains, or even airplanes, but the question of whether this can be feasible for systems designed to carry larger masses of people than a taxi remains an open one.

Some of Mr. Palmer’s ideas come close to being science fiction speculations; investigations of the development of artificial intelligence and it’s implications, or questions about whether treatments to extend the human life span might become the privilege of a wealthy elite. It would be easy for a critic to adopt a stance of ‘hard-headed realism’ and reject his investigations in a cavalier fashion because of this, but to do so would be misguided. Imagine an early 20th century critic dismissing discussions of nuclear energy, space exploration, antibiotics, airplane travel, and television; things which had all become a reality by the middle of that century. The truth is we live in a world that to some extent had been foreseen by earlier science fiction writers: HG Wells foresaw nuclear weapons; Arthur C. Clarke proposed the idea of communications satellites; William Gibson coined the term ‘cyberspace’- even if we cannot as yet jack our brains directly into the internet as he envisioned! Many of us daily use cellphones that look like something from Star Trek. In a technologically advanced society, ‘hard-headed realists’ who avoid ‘utopian’, science fiction speculations are likely to find themselves made obsolete by actual reality (disclosure: this reviewer is an avid reader of science fiction). As Marcuse pointed out what is considered ‘utopian’ itself changes historically; what at one moment was considered ‘utopian’ becomes ‘realistic’ in another historical period.

Paul Palmer’s The Endgame of Politics is a thought provoking work that offers us many good ideas towards solving the problems that the capitalist world-system has created. He has by no means offered a complete blueprint for doing so. Mr. Palmer has nonetheless raised some important issues, and offered some creative proposals toward that end. In doing so he has done more than those who merely offer diagnosis without prescription, and his book deserves serious consideration for that reason alone.

The Endgame of Politics
By Paul Palmer
Independently Published, 2015
273 Pages, $12.00
Available on Amazon