Exposing Lies of the Empire (PT. Badak Merah Semesta, 2015) first introduced me to André Vltchek’s remarkable journalism, weaving together unforgettable narratives of Western imperialism and capitalistic fundamentalism. He’s widely considered one of the world’s most gifted thinkers, and even though I did not personally know him, I always looked forward to reading his articles. His words came from direct personal experience on the front lines of battlefields or wherever humanity suffered and struggled. He knew slums as well as palaces and villages that had been bombed into the ground. He was a true revolutionary fighting for the underclass, a lifetime communist and advocate of Chinese globalism, which he described as beneficial to former colonized countries throughout the world.

A philosopher, a filmmaker, an exceptional investigative journalist, he’ll be missed by millions of the unnamed that he fought for justice and redemption from forces of colonialism, past and present.

He died unexpectedly in the middle of the night September 22nd when traveling in a chauffeur-driven car with his wife from Samsun on the Black Sea in Turkey to Istanbul. When they arrived in early morning hours at a hotel, his wife tried to awaken him, but he had passed. Turkish police have ordered a forensic analysis of his mysterious unexpected death.

He famously exposed atrocities from Afghanistan to Syria, Iraq, Iran, Sudan, Argentina, Chile, Peru, Hong Kong to Xinjiang. He not only exposed the ruthlessness of ruling elites via the pen, he traveled to see what was true, what was false, what was shocking. Following in his footsteps leads to a disquieting litany of the “shocking.”

Only recently in Hong Kong he granted a personal 20-min video interview to DotDotNews. Here is a link to André Vltchek telling his own story. It is truly a remarkable story: https://www.youtube.com/watch?v=7CnSXBOrHMc&feature=youtu.be

In the interview, he states: “I am fighting against anything that could be described as imperialism… as something that is overthrowing people’s governments… forcing an ideology on people… basically, what the West is doing for decades and centuries thru colonialist and then imperialist domination of the world… So, I go everywhere where the countries are being destroyed.”

In East Timor where he was filming in 1996, the Indonesian military arrested him and hung him from the ceiling and tortured him for 24 hours. Thereafter, he could not use his left arm for one year.  He was reporting on the U.S. backed Indonesian coup of 1965 in a film called the “Downfall,” produced and directed by André. It took him 15 years to complete the film during which time he was condemned to death twice. He’s likely one of the only journalist in the world whose body is filled with battle scars via torture and/or direct closeness to battle zones.

In his words: “The horrible state of the world which I witnessed in all countries in all parts of the globe within more than 160 countries… I am convinced that only the struggle against imperialism can save billions of human beings who are tortured and destroyed for all these centuries… Western imperialism is the only problem this planet has.” 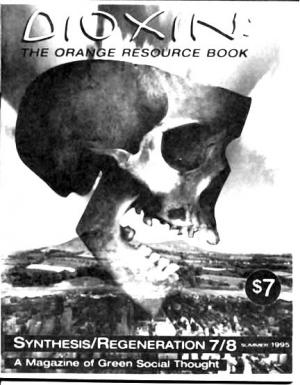