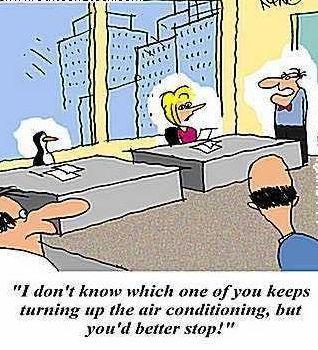 Jacobin recently published an article calling for a national and worldwide expansion of air-conditioning usage. In it the writer, Leigh Phillips, used the suffering of economically and ecologically stressed people and communities during heat waves as a rationale for doubling down on a technology that, at the same time it’s cooling the indoors today, is heating up the outdoors of tomorrow. So to assuage such climate concerns, he went on to call for a far-reaching expansion of nuclear power. I suggest that we go back and try to follow this trail of illogic.

Vulnerability can’t be fixed with technology

In the piece, Phillips acknowledges the long-observed fact that people die during heat waves primarily because they live alone and/or suffer from a chronic physical or mental illness and/or are poor and/or are very old or very young. Heat victims also tend to live in inadequate housing in economically forgotten, concrete-rich, vegetation-free neighborhoods of urban heat islands.

Given that, and given that heat waves are going to become even more frequent and intense, the need for universal free health care, economic democracy and guaranteed basic income, good affordable housing, high-quality care for children and the elderly, greening of cities, and greater social cohesion will become more and more urgent.

Further declaring, as Phillips suggests, a “right to air-conditioning” would also contribute to life and health preservation during heat waves, but it would not address the root causes and consequences of poverty and exclusion that lead to deaths every day—not just when it’s hot outside.

Consider the horrific 1995 heat emergency in Chicago that killed more than 550 people despite the wide availability of air-conditioning. Longer, more intense heat waves had struck the city in 1931 and 1936, but the number of deaths per 100,000 population was higher in 1995 than it was during those two heat waves of the pre-AC era.

Researchers have concluded that despite the hardship then being wreaked by the Great Depression, there were factors that provided some degree of protection to Chicago residents of the 1930s. Neighborhoods saw more social interaction and fewer people lived in isolation than in the 1990s. Fear of crime was much less, so people felt freer to keep windows open or sleep out on porches and rooftops. And homes were surrounded by less concrete mass, which concentrates heat and releases it throughout the night.

No one is saying that anyone threatened by heat exposure should be denied air-conditioning. Until life circumstances for today’s marginalized people and communities are dramatically improved, there will be no option but to use air-conditioning when it’s required as a public health measure.

But that is an issue wholly apart from the damage being done to the Earth and its inhabitants by the routine, extravagant deployment of air-conditioning throughout much of America and other parts of the affluent world. That superfluous cooling is not serving as a life- or health-saving measure. Businesses and upper-middle to upper-class households are primarily responsible for this colossal waste of energy and the resulting greenhouse emissions. That waste, not health preservation, is what air-conditioning’s critics are attacking.

Phillips, like many AC fans before him, falls back on the sly trope that all “attacks” on air-conditioning are motivated by an “obsession with individual asceticism.” No, they’re not. The opposition is all about emissions of carbon dioxide and refrigerants.

Greenhouse emissions caused by cooling buildings and vehicles in this country alone amount to half a billion metric tons carbon dioxide equivalent per year. World air-conditioning use will triple by 2050 according to Phillips, but that’s a lowball estimate. Researchers have projected a tenfold increase; with that, unrestrained provision of refrigerated air will consume electricity equal to half of today’s total worldwide generation. And even in that projection, billions of heat-vulnerable people still wouldn’t have access to air-conditioning.

Green energy can never sustain the huge increases in air-conditioning use that are being projected. Proposed scenarios for displacing even today’s levels of fossil-fueled energy consumption, nationally or globally, with renewable sources have been shown to be fatally flawed. Piling trillions of kilowatt-hours’ worth of additional AC demand on top of current and growing overall demand would put the 100%-renewable dream even farther out of reach.

Renewable energy will not be able to support high and ever-increasing energy demand. In calling for air conditioners of the future to be run on nuclear-generated electricity,  Phillips is implicitly (and rightly) accepting that fact. But if 100%-renewable energy for unrestrained, growing demand is a dead end, the path to a nuclear-powered world is the road to ruin.

Among the many good reasons to stay off the nuclear road is the fact that it would rapidly increase emissions during the very decades when we need to be slashing them. The enormous quantities of fossil energy that must be spent in advance to build enough nuclear power plants to run a high-energy world economy would require us first to go into deficit carbon spending for decades. One study showed that in a global 100%-nuclear scenario, all emissions reductions achieved up to 2050 by displacement of fossil fuels would be cannibalized by growing emissions from nuclear-plant construction, supply, and operation.

Limiting atmospheric warming even to 2 degrees C (and it needs to be less) will require a hard and fast ceiling on greenhouse emissions that is put in place ASAP and declines over time. That means decommissioning coal- and gas-fired power plants and slashing production of vehicle fuel long before enough renewable energy capacity can be built up as a substitute.

The world’s affluent must then face the steepest decline in energy consumption, because billions around the world will still need an increase in energy supply. That, as Phillips points out, will require vast North-to-South transfers of wealth and resources. So there won’t be enough energy left after that to support the kind of lavish energy use we see today, including the heavy use of space-cooling .

Slashing energy demand will require retaining the essential and cutting the optional throughout society. Examples of needed cuts that would reduce energy demand not only by air-conditioning but also much more would include

Ending the central cooling of big houses. Every year in America, from May through August and beyond, countless 3,000+ square-foot detached houses, sit thoroughly chilled and empty for hours a day, often all day, with the sun beating down and the AC compressor roaring.

Stopping the over-refrigeration of office workers. In buildings throughout the country, employees bring sweaters or even space heaters to work to ward off the cold, their bosses operating under the mistaken assumption that workers, like computer chips, work faster when chilled.

Putting an end to America’s personal car/truck economy. That would spare the more than 10 billion gallons of fuel that go to run vehicle air-conditioners (which also use refrigerants with especially high global warming potential), end commuter misery, and tear out many square miles of urban concrete and asphalt to reduce the heat island effect. It would also accomplish myriad other social and environmental goals. AC can be saved for public transportation.

Among energy uses that we will need to retain, there will always be a time and place for cooling technology. But the Earth can’t handle the aggressive deployment that Phillips wants. Here is his definition of the “right to air-conditioning”: It “should be to have free or cheap, reliable access to the thermal conditions optimal for human metabolism (air temperatures of between 18 degrees C and 24 degrees C, according to the World Health Organization).” That’s an admirably specific but wholly wrongheaded goal.

In declaring that “for all of us, there is a pretty narrow range of temperature within which we are comfortable, most productive, cozy” and prescribing for us a universal, severely restricted temperature range of 64 to 75 degrees F, Phillips is ignoring a couple of decades of research on how real humans adapt to warmer temperature.

Confining humans within a tight zone of coolth is not only a profligate use of energy; it also undermines our heat tolerance. For people not compromised by health problems, the experience of normal warm/hot weather, research has found, enhances acclimatization to heat; conversely, living mostly in air-conditioned spaces is poor preparation for being outdoors or in a naturally ventilated building in the summer. And while air-conditioning has saved lives during heat emergencies, it has led to a variety of health problems during more routine use.

The debate over air-conditioning isn’t so much about air-conditioning as it is about the kind of future that our past and present failure to mitigate climate change has made necessary. The Phillips AC piece, as did the infamous festival of ecomodernist thought published as the summer 2017 issue of Jacobin, attempts to address the global ecological crisis by merging a mildly left agenda with technological fixes.

These arguments fail to recognize that there can be no adequate or just solution to the climate emergency that does not ensure sufficiency for all with excess for none by putting a halt to overproduction for, and overconsumption by, the affluent world. Because capitalism is incapable of surviving in a world like that, the necessity for deep restraint is being widely ignored for now. That has to change, and soon.

Stan Cox (@CoxStan) is on the editorial board of Green Social Thought. He is the author of Any Way You Slice It: The Past, Present, and Future of Rationing and co-author, with Paul Cox, and How the World Breaks: Life in Catastrophe’s Path, From the Caribbean to Siberia. 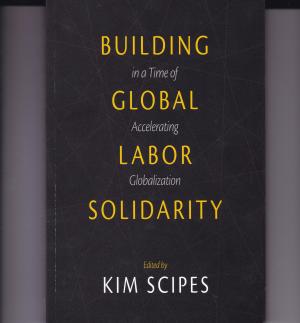