For tens of thousands of years the Arctic’s carbon sink has been a powerful dynamic in functionality of the Earth System. However, that all-important functionality has been crippled and could be permanently severed. According to new research based upon field observations conducted from 2003 to 2017, a large-scale carbon emission shift in the Earth System has occurred.

The “entire Arctic” now emits more carbon than it absorbs, a fact that can only be described as worse than bad news. “Given that the Arctic has been taking up carbon for tens of thousands of years, this shift to a...

more
Climate Talks in Madrid: What will it take to prevent climate collapse?
12/05/2019 - 12:29pm
By Brian Tokar
Biodiversity / Biodevastation

The two-week marathon of the annual UN climate conference is underway in Madrid, and the world’s expectations have perhaps never been lower. The Amazon is burning and unprecedented storms are raging worldwide, but the world’s climate diplomats are still mostly talking business-as-usual. Never mind that this year’s 25th Conference of Parties (COP) to the UN Climate Convention (UNFCCC) almost didn’t happen, after it was disinvited by the fascistic Bolsonaro regime in Brazil and almost derailed again by the recent upheaval in the streets of Santiago, Chile, where it had been rescheduled to... 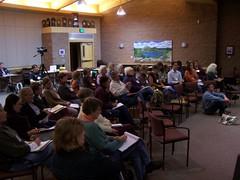 China’s failure to kick a long-standing addiction to coal has thrown a knockout punch to the Paris Agreement of 2015, including its 195 signatories. Suddenly, out of the blue, the world has turned upside down!

Sixteen months ago July 16, 2018: “China and the European Union on Monday reaffirmed their commitment to the Paris climate change pact and called other signatories to do the same, saying action against rising global temperatures had become more important than ever.” (Source: China and EU Reaffirm Paris Climate Commitment, Vow More Cooperation, Reuters, July 16, 2018)

If capitalism is the principal source of the planetary emergency, which we argue here is the case, then our political response must be one that diminishes and ultimately ends capitalism as the dominant form of social relationship for making our way within nature.

We will have a greater likelihood of moving beyond the cycle of partial victories followed by serious retreats if we consciously link our reform efforts with the necessity of system change.  For that we need to first...

The nuclear industry's violent assault on democracy in Ohio has taken a surreal leap. It could seriously impact whether Donald Trump will carry this swing state—and the nation—in 2020.

Ohio's GOP secretary of state has now asked the Ohio Supreme Court NOT to provide a federal judge with answers about key procedural questions... 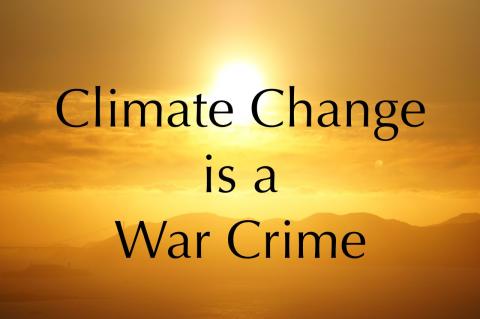 International jurisprudence recognizes the supreme crime as the making of aggressive war. This principle formed the basis of and justification for the Nuremberg and Tokyo War Crimes Tribunals (held variously from 1945 to 1949). Aggressive war is...

The audacity of Alexandria Ocasio-Cortez’s proposal for a Green New Deal (GND) provoked action, enthusiasm, excitement and opposition. It followed earlier GNDs and pulled forward later ones from Sanders, Warren and others. Runaway global warming moved onto the list of national priorities. Thanks to many GNDs, Greta Thunberg, thousands of organizers and millions of marchers, it will stay there.

Without explicitly addressing the spending of the rich and the aspirations of the rest of us, the many GNDs risk the result of Business As Usual (BAU) but with clean energy. That would be...

By enabling humankind, nature has made more than an error in calculation: it is an attempt on her own life...

On the agenda globally is the re-emergence of a comprehensive vision of a future beyond capitalism. And just in time, given the emergence of neofascism as potentially the last gasp of a dying capitalist order.

In what follows, we have combined critique of the dangerous path along which the pro-capitalists are taking us (austerity for the people, endless wars, profligacy for the rich, and disregard for the rest of nature) with a commitment to those alternative paths that the people in motion... 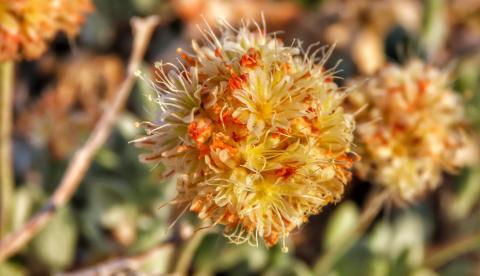 In a remote corner of Nevada is a wildflower that grows nowhere else on earth. Named “Tiehm’s Buckwheat” (Eriogonum tiehmii), it has been found on only ten acres of public land in the Silver Peak Range of...

We begin by way of a conclusion.

The now globally dominant system through which we make our living in nature is capitalism.

But capitalism is in process of self-destruction, now rapidly undermining the natural and social conditions for its own and humanity’s further existence. If we are not to go down with it, we must construct an ecological alternative – democratic, science-based, imaginative and sustainable. In other words, a system of relations between people and with the rest of nature that is more compatible with our continuing existence. Unlike the limited forms of...

more
Healing the Rift Between Political Reality and Ecological Reality: A Q&A with Shaun Chamberlin
10/12/2019 - 4:26pm
By Stan Cox
Less of What We Don't Need 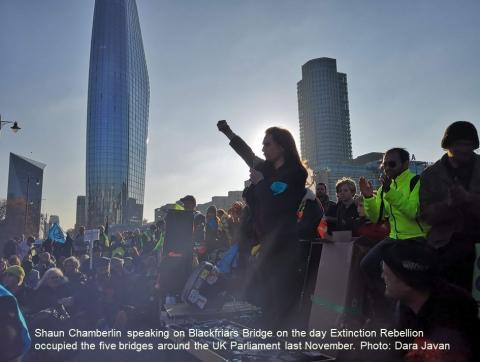 If U.S. greenhouse emissions are to be driven down to zero within a decade or even two, it will not be accomplished through building more solar and wind energy capacity and relying on market competition to eliminate fossil fuels from the economy. A direct, foolproof mechanism... 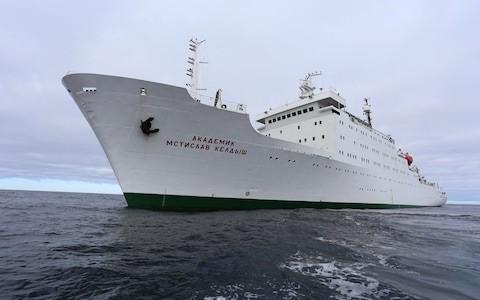 Global warming is on speed, especially in northern latitudes where an international team of scientists led by Igor Semiletov of Tomsk Polytechnic University, Russia’s oldest technical institution, recently made a startling discovery aboard the Academic Mstislav Keldysh (see photo above), the...

One of the most illuminating scenes from Milton Knight’s The Young C.L.R. James: A Graphic Novelette depicts him as a seven year old. Young James is watching a cricket game excitedly from a window in his house. “Cricket was the only game.” “Our house was superbly situated, exactly behind the wicket.” His enjoyment is interrupted by a shout: “Cyril!” The voice is that of his mother, Elizabeth James. “Come away from the window. No cricket on Sunday.” Moving from the window, he picks up a copy of Thackeray’s Vanity Fair. “ I read ‘Vanity Fair’ on the average once...

Despite the furor over the Green New Deal (GND), many of its supporters have no idea of the wide variety of views on it, especially within the Green Party (GP), where it originated in the US. From June through August, 2019 Missouri Greens held public discussions contrasting at least three distinct GP views to those from the Democratic Party (DP). 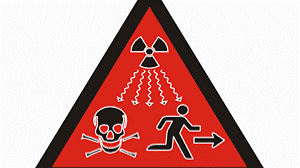 Tokyo Electric Power’s Fukushima Daiichi Nuclear Power Station, which experienced three massive meltdowns in 2011, is running out of room to store radioactive water. No surprise! But now, what to do about phosphorescent water?